The show kicked off with the warmest of introductory remarks from Carolyn Warren, Vice-President of Arts for The Banff Centre. Erik Rutherford, Ryeberg Editor, made introductory remarks of his own and talked about how difficult it is to anticipate how a concept will take form, or to perceive how design will dictate content, or to know what communities will be created and destroyed by a new platform. Andrew Pyper and Craig Davidson then promptly demonstrated a couple of the ways that the YouTube platform — more than ever an archive of our collective consciousness — can be useful to us and hazardous to us.

“Fear is like sex,” Andrew said. “What frightens us and what turns us on are idiosyncratic, unpredictable, often unknown even to ourselves.” On YouTube, he rediscovered a few of the images that marked his malleable childhood brain and shaped his adult imaginaire. “The Horror!” Craig, in turn, dared to put his psyche on full display as we followed him into the wormhole of the Internet, using only his private proclivities as a guide. An innocent Google search for “candy” led inexorably to dark, hellish corners of the YouTube labyrinth. He faced what is today a commonplace moral quandary: To click or not to click?

Joanna Kavenna opened with two movie clips, one from “Thelma and Louise” and the other from “Fight Club.” She asked how they related to each other, and to Socrates, Jesus, and Laurie Anderson. No? Let’s just say that YouTube is a kind of “fabulous freak” and you are its sidekick interpreter… D.W. Wilson entitled his Ryeberg “Making an Apple Pie from Scratch OR We Regret to Announce that this Evening’s Scheduled Apocalypse will be Postponed Until Further Notice.” This was a clue for fans of Carl Sagan and the 2013 blockbuster, “Pacific Rim.” Dave reminded us that the observable universe is infinitely smaller than the unobservable universe. Space, you see, is filled with a network of wormholes, and as you pass through it, you may emerge somewhere else, somewhere unexpected. Think the internet via Craig Davidson’s psyche. One wormhole deprives you of the others. Of course, YouTube is already infinitely greater than the lifetime of any individual, and yet it’s merely a galaxy in the internet universe.

On that note, Ryeberg Live Banff 2013 came to a close.

The beautiful photos are by Monique de St. Croix. 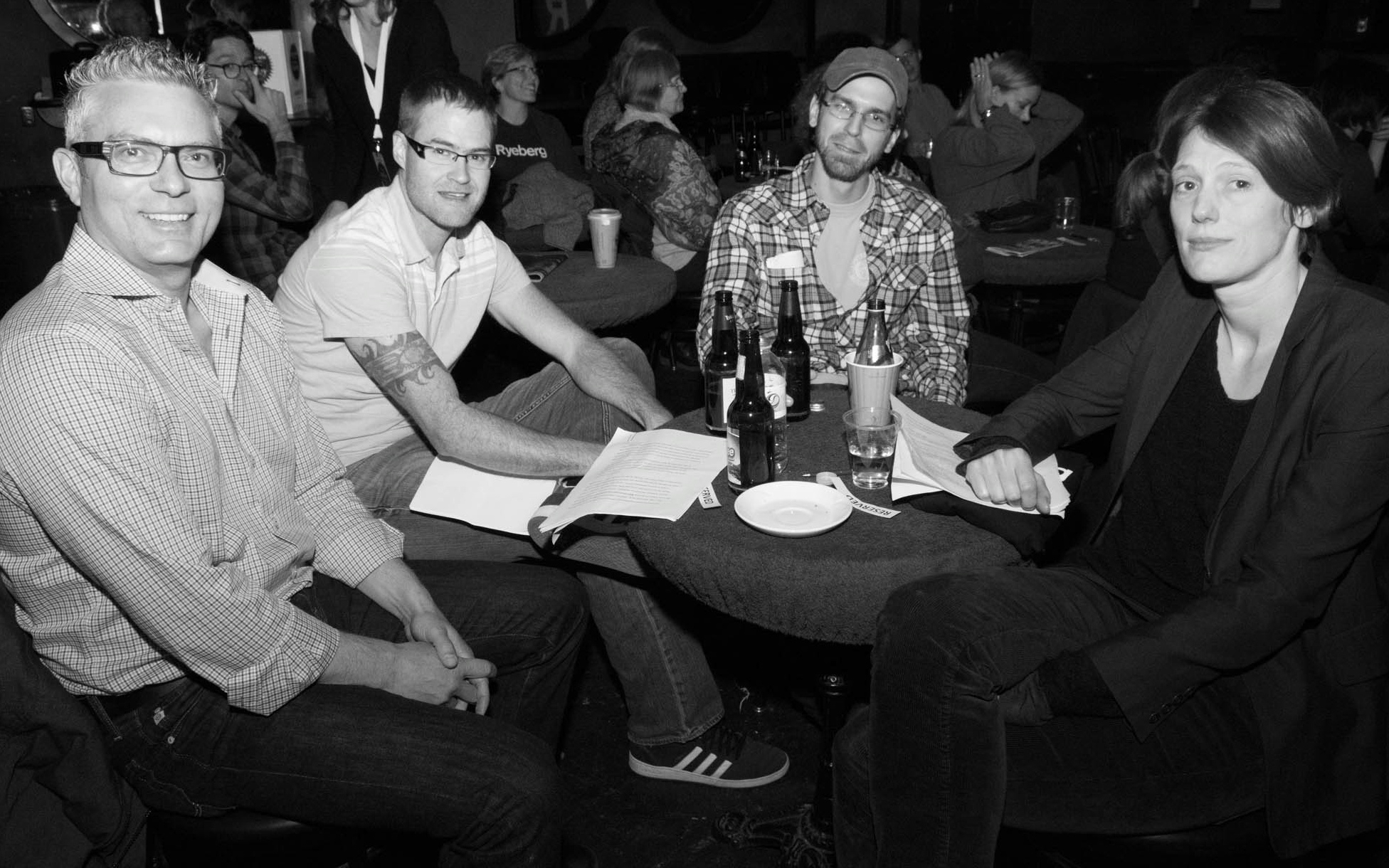 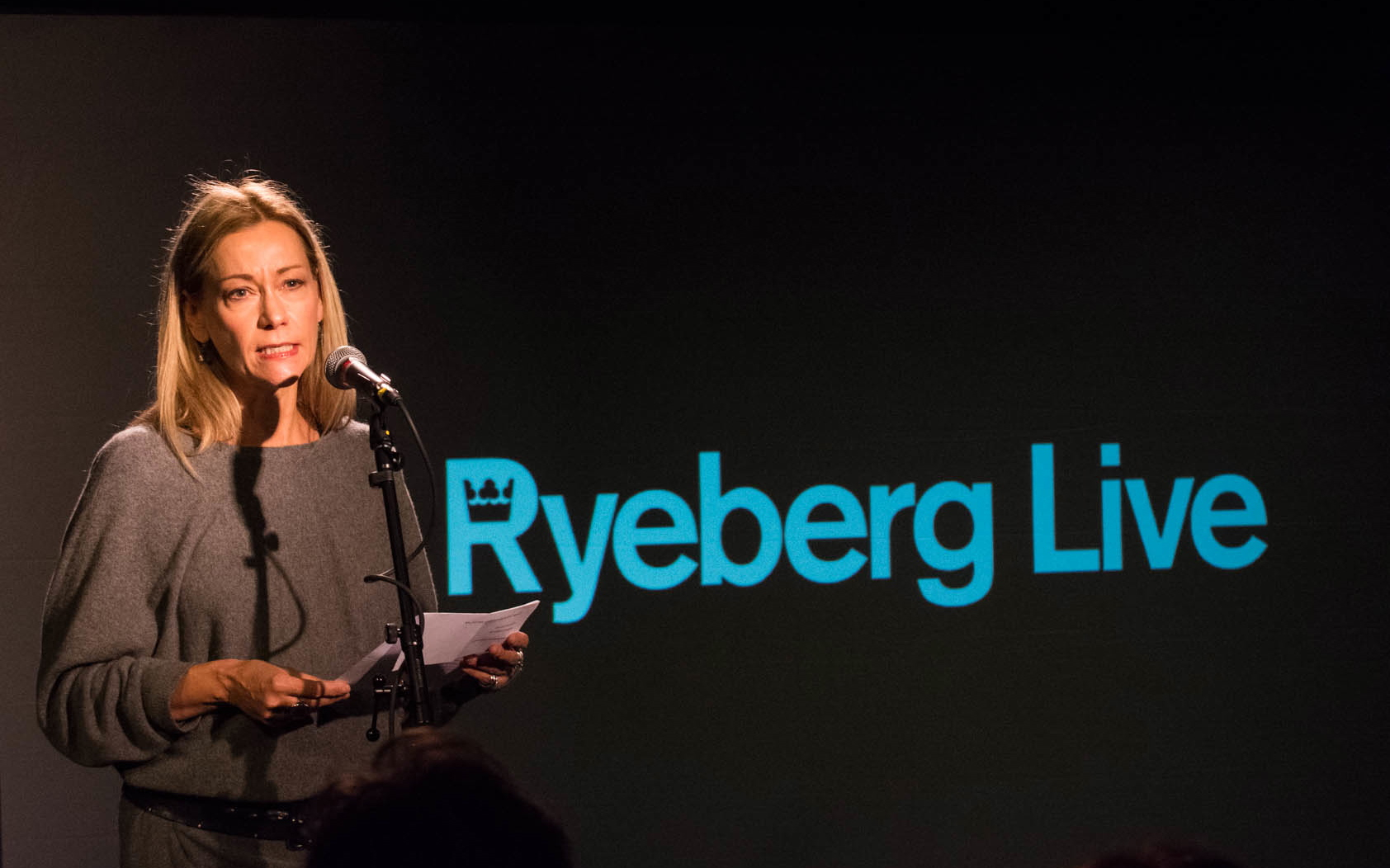 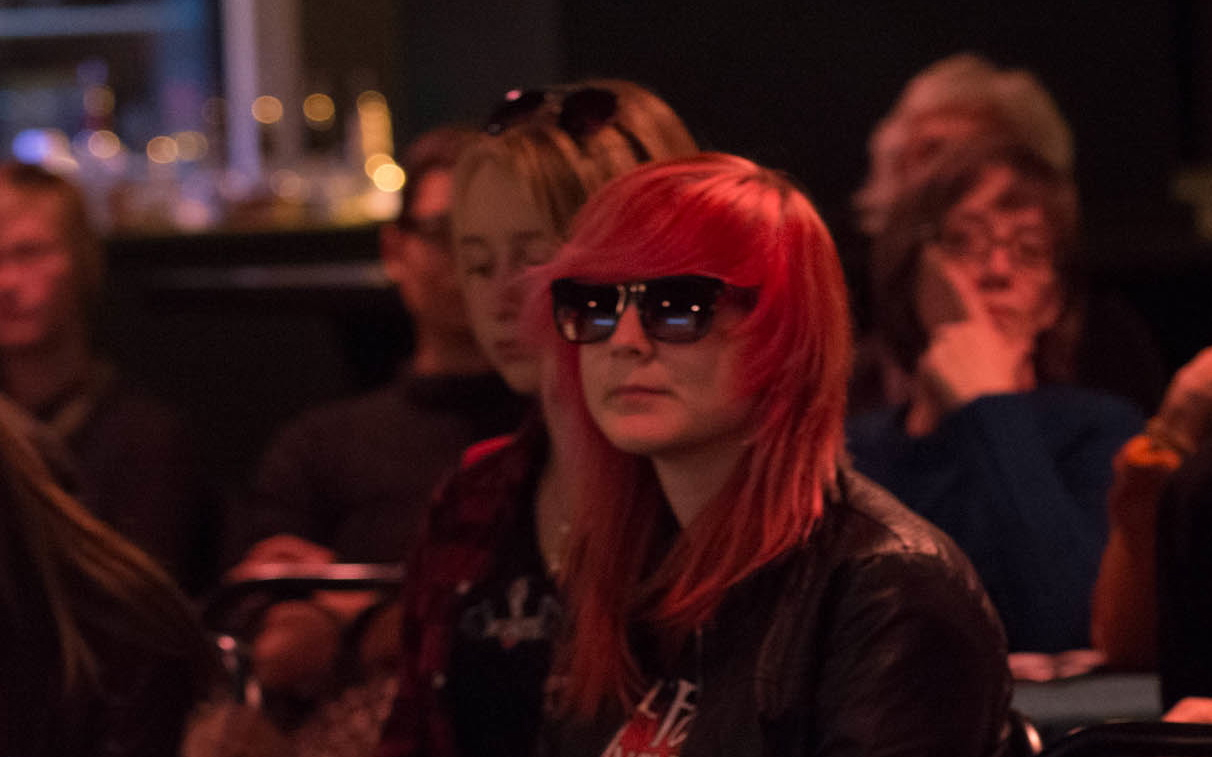 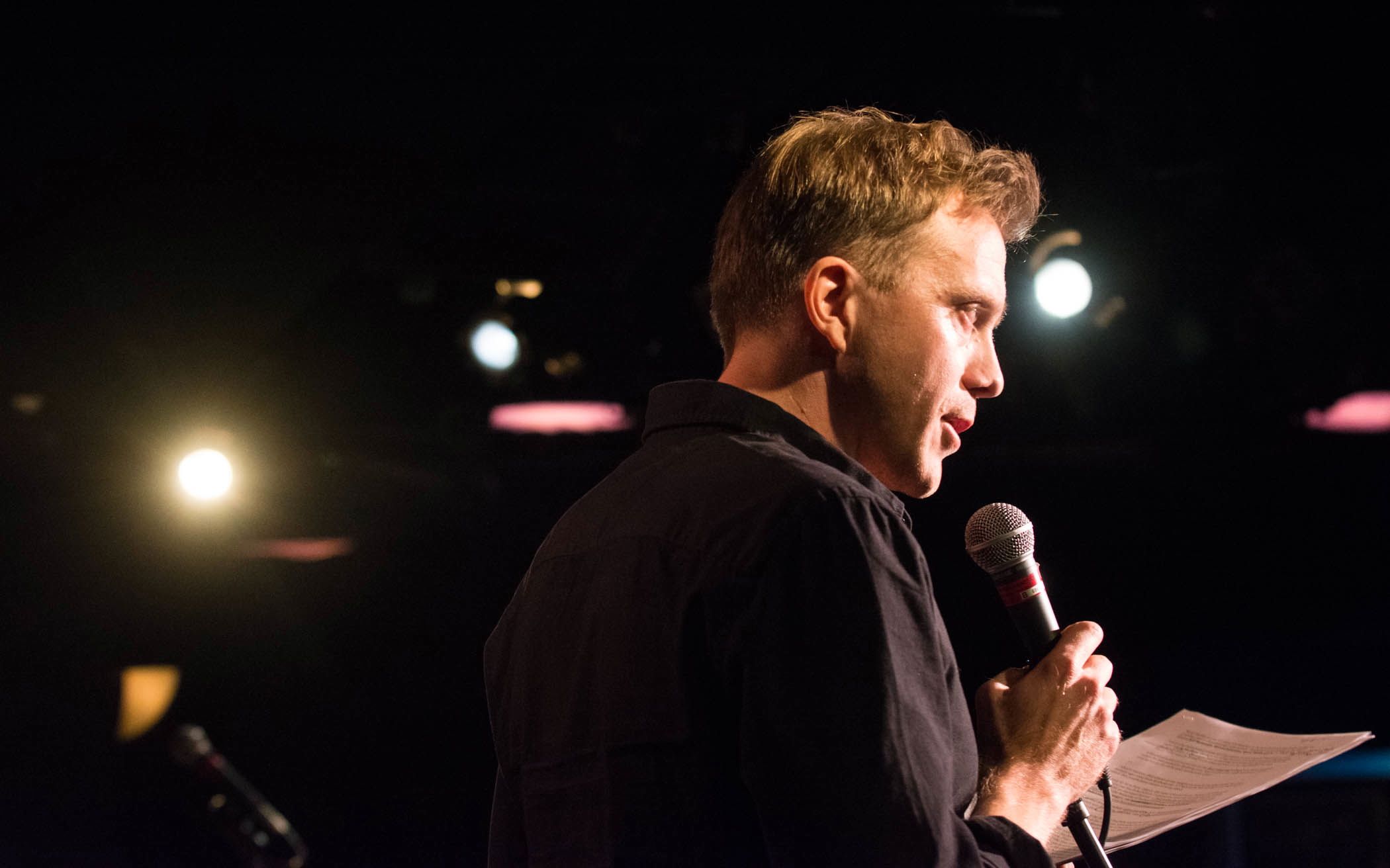 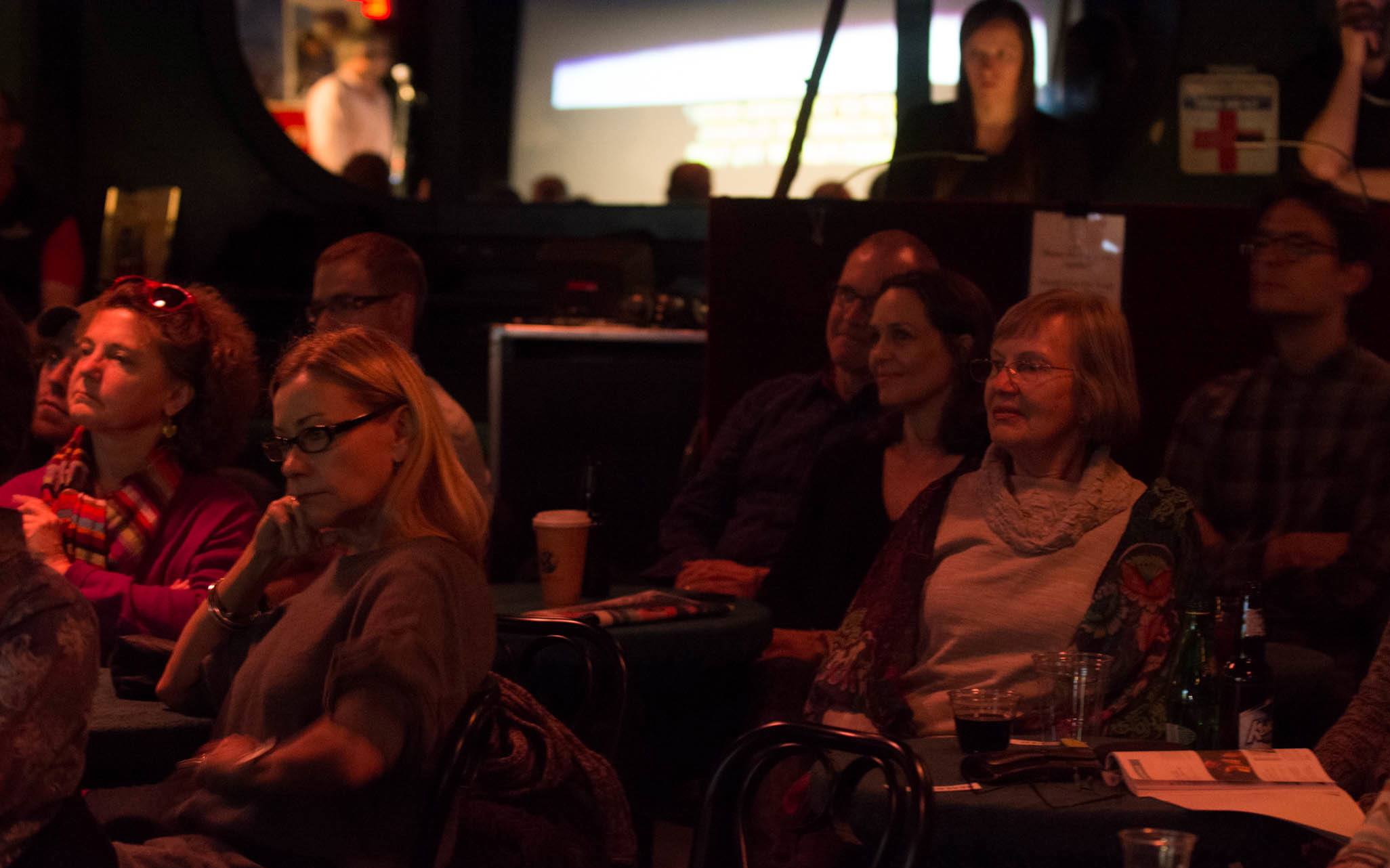 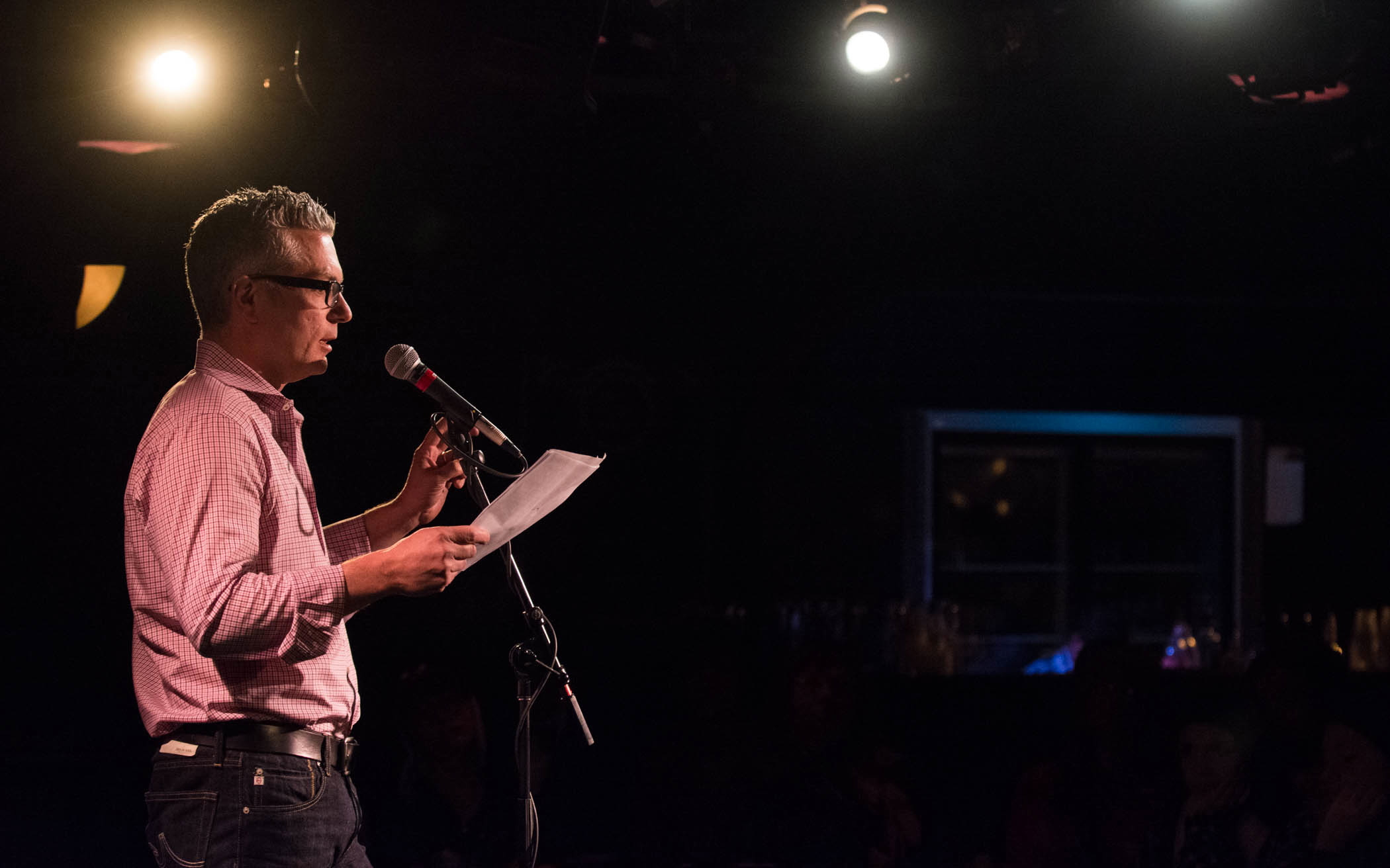 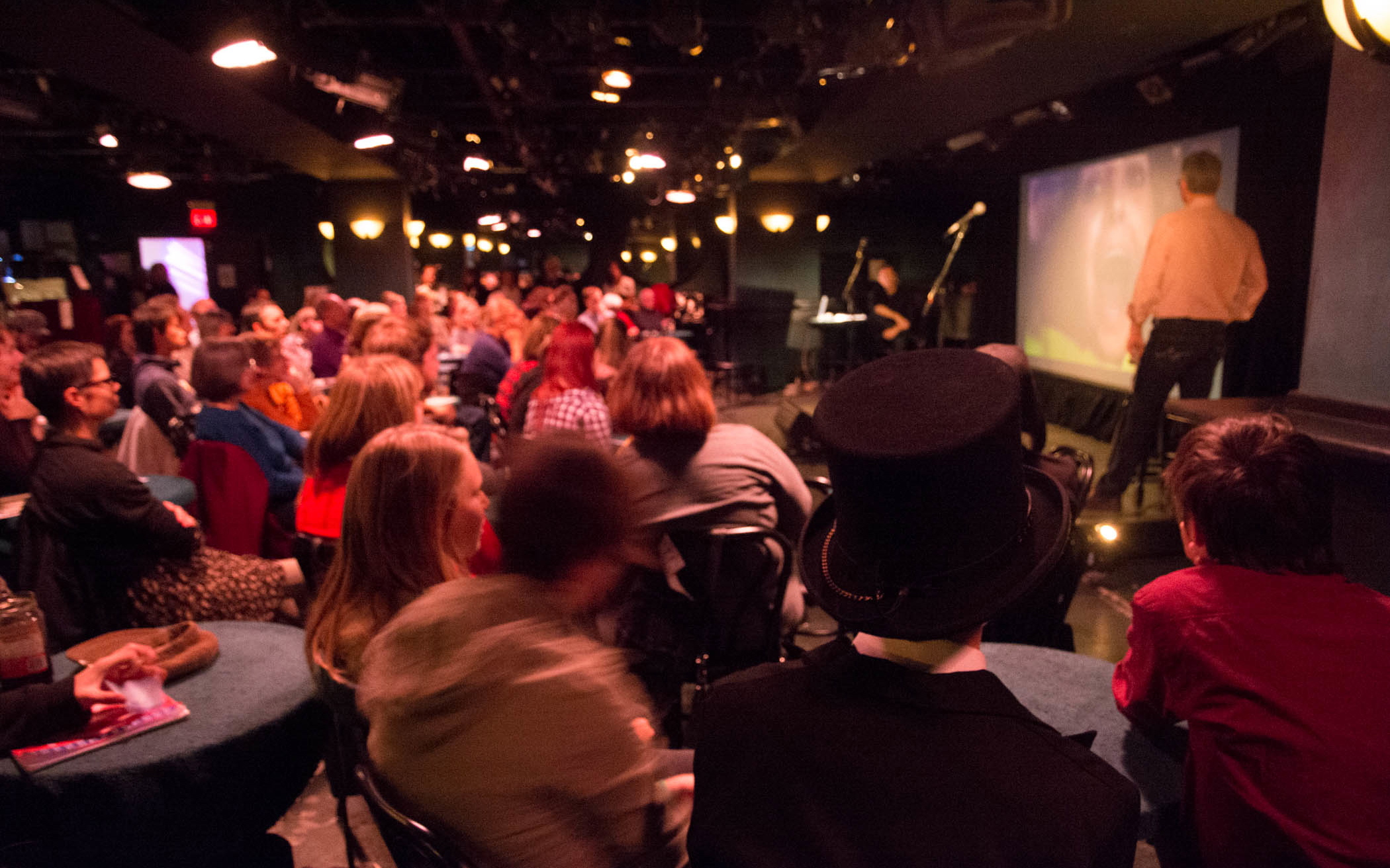 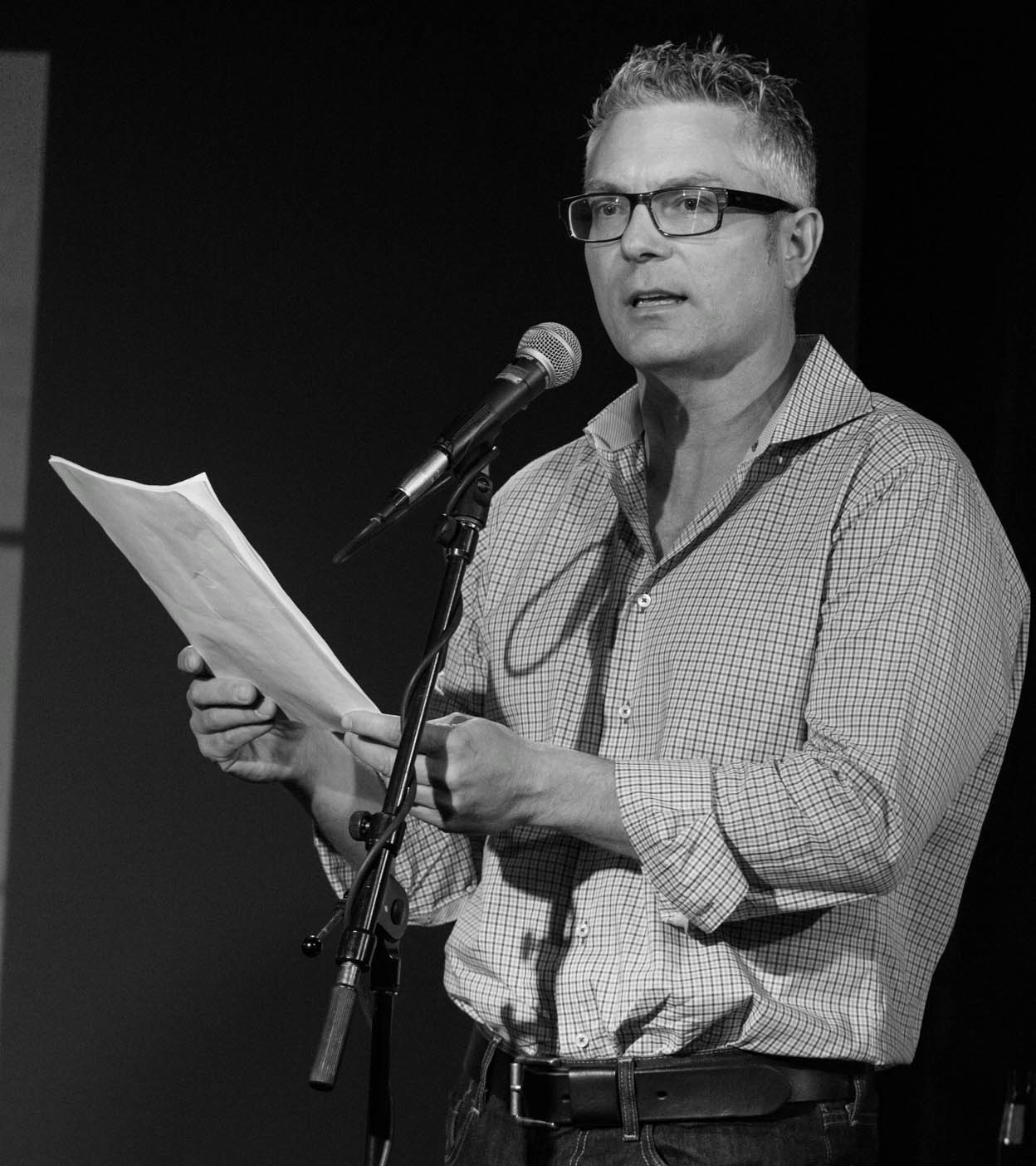 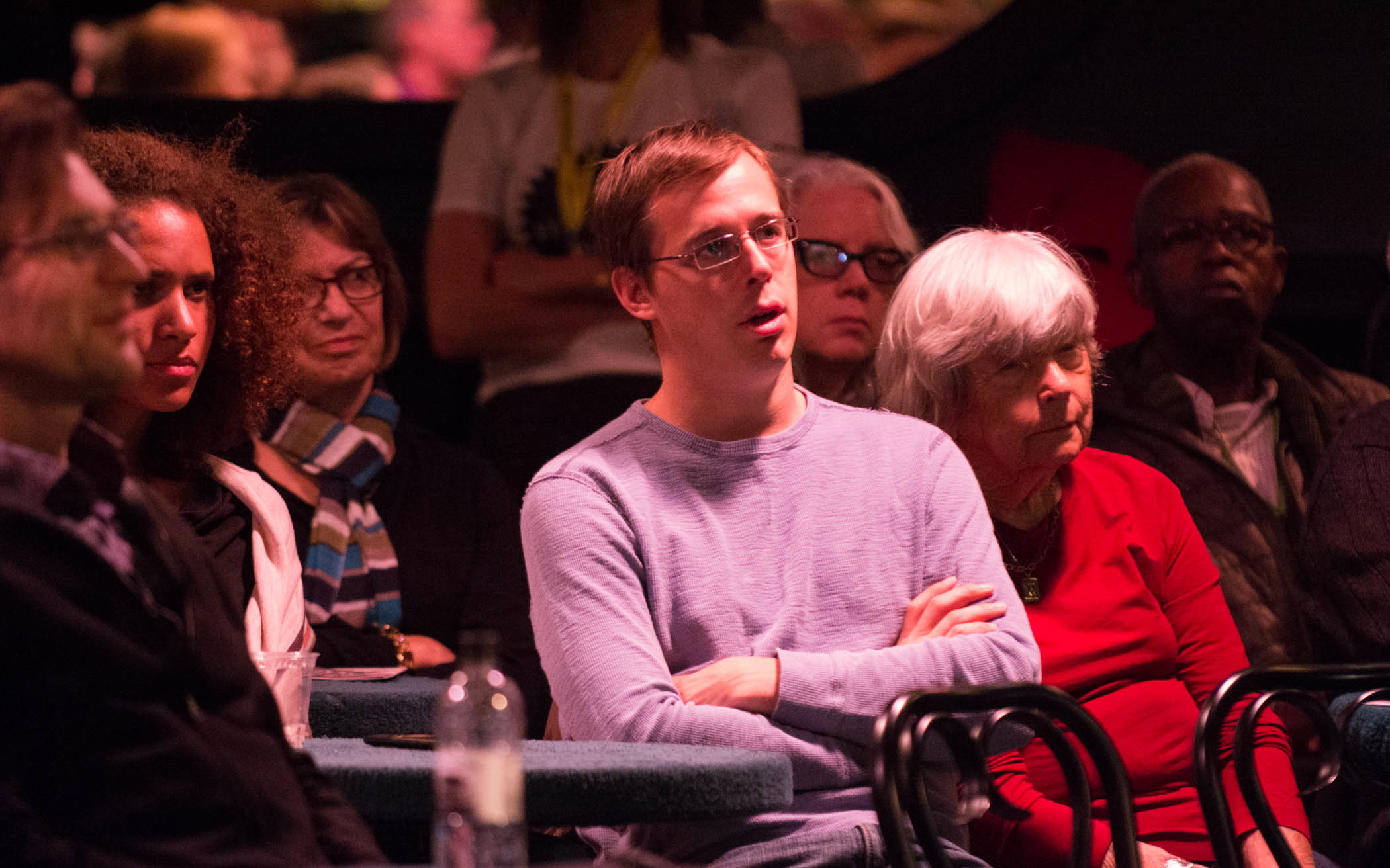 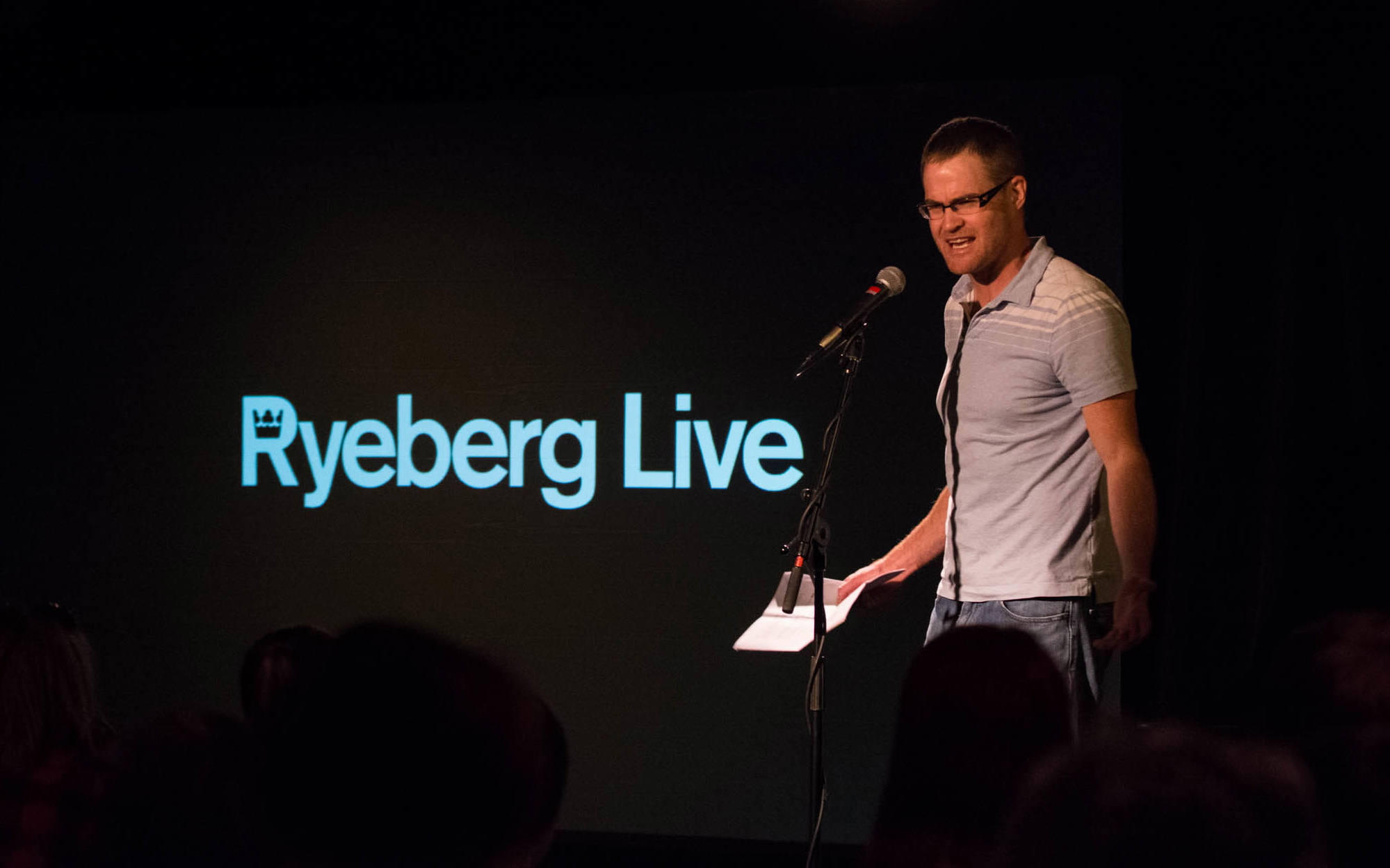 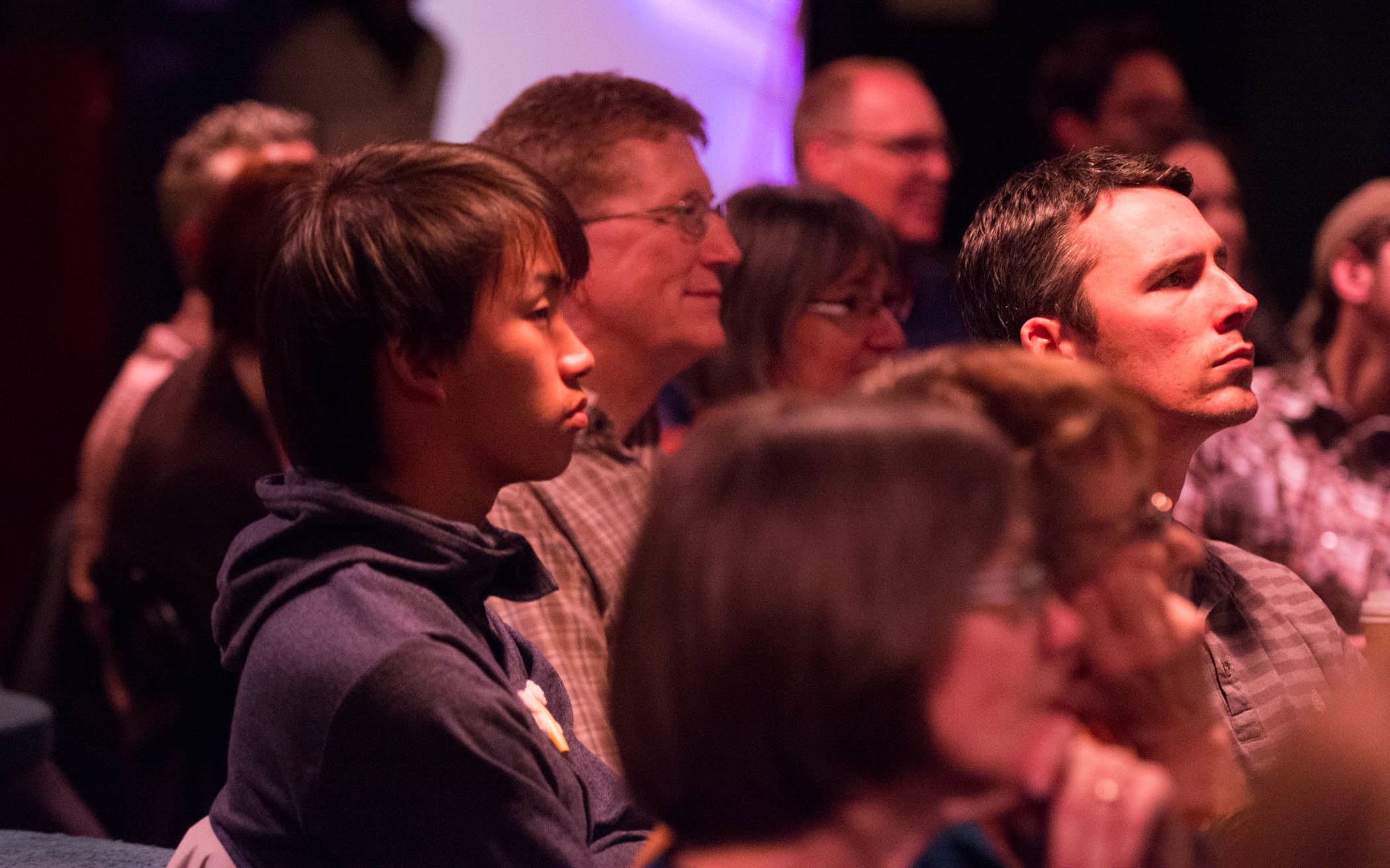 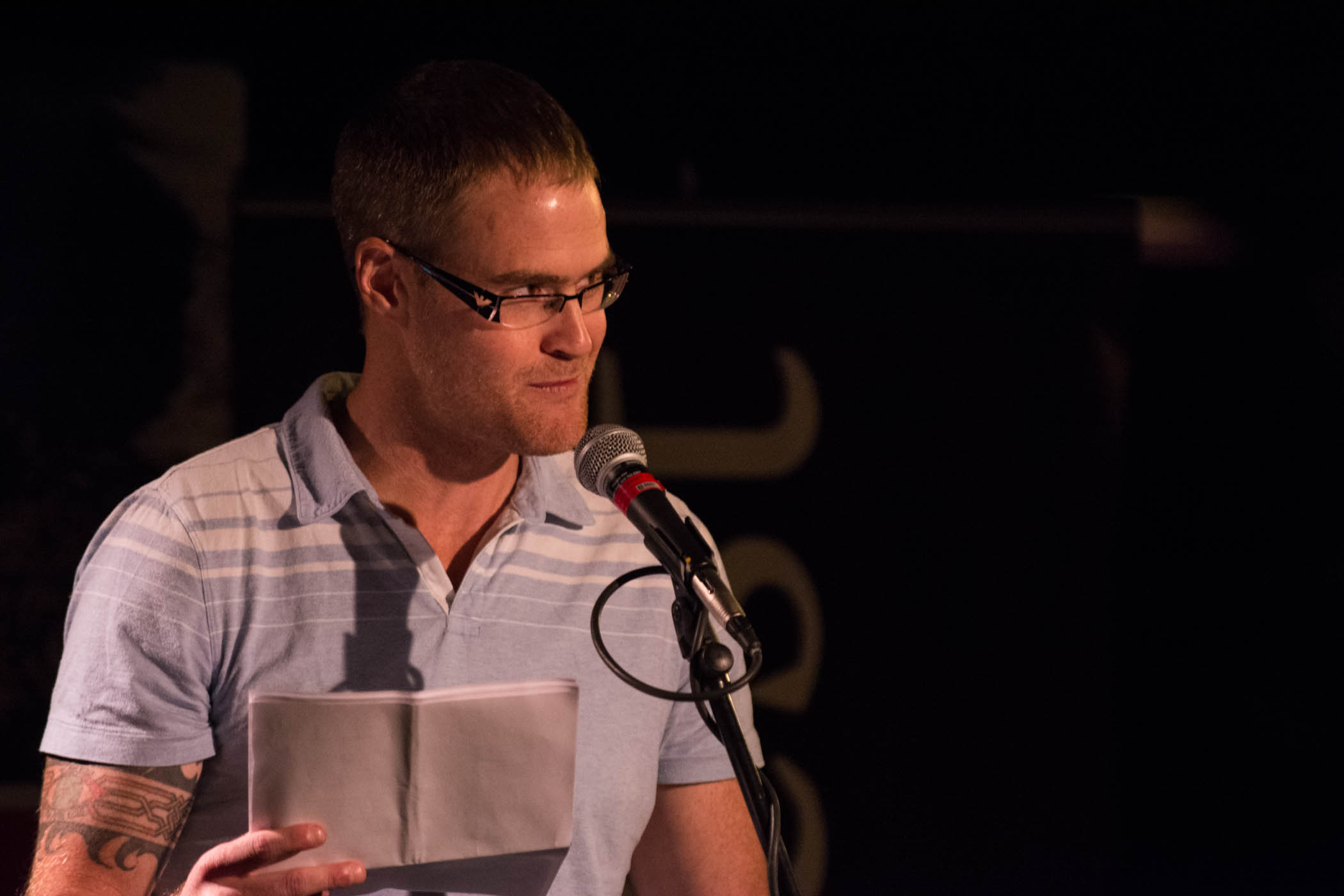 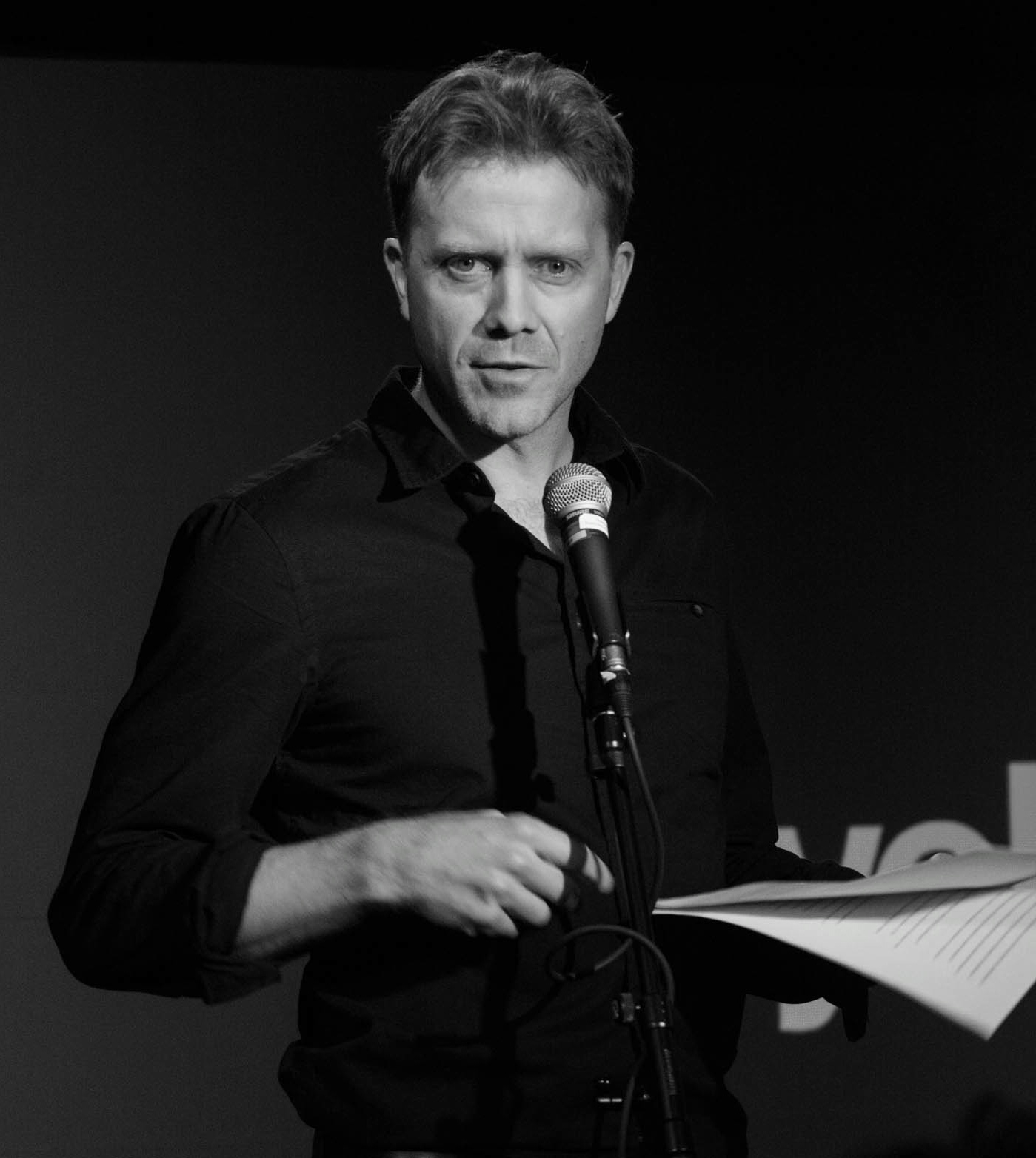 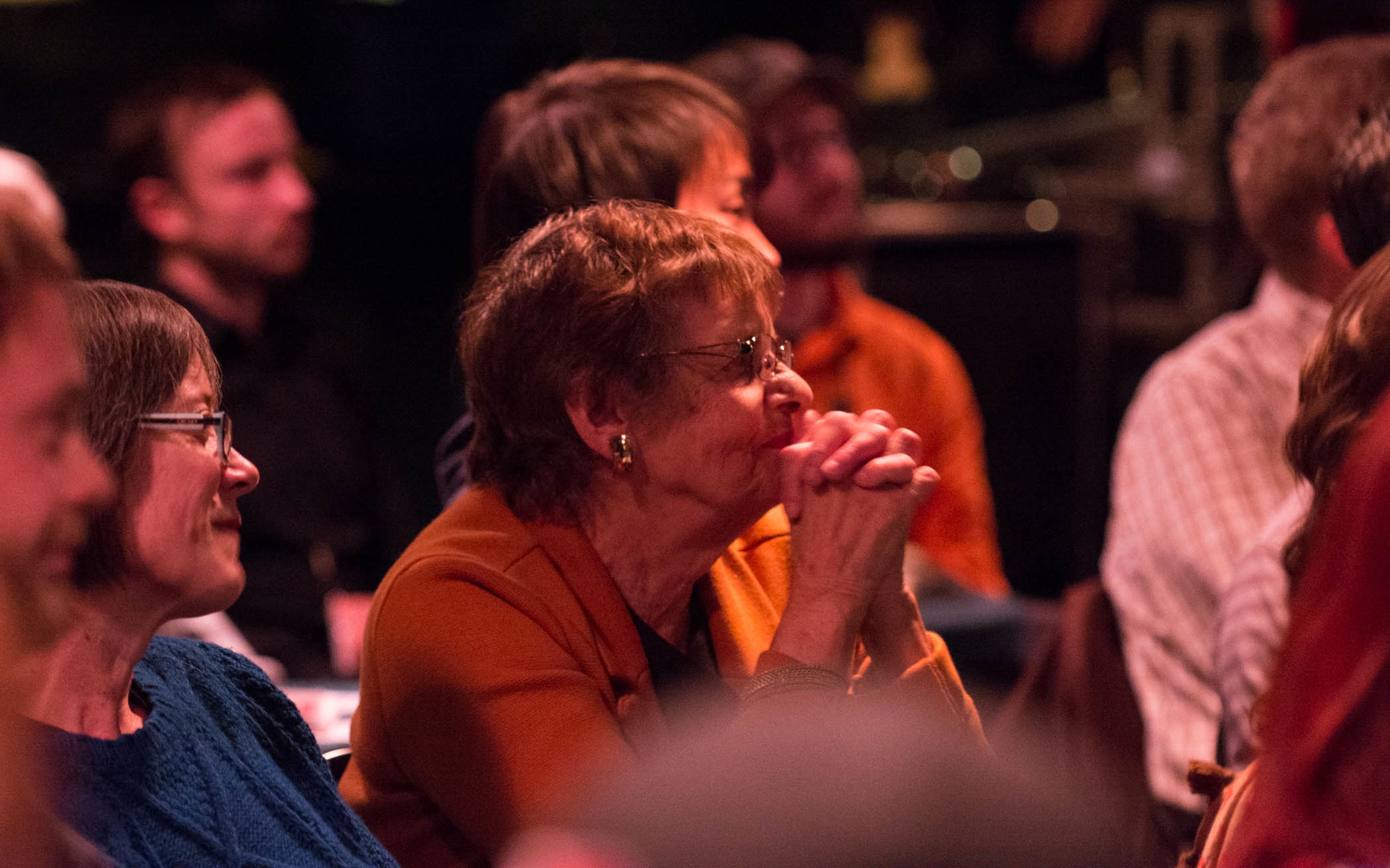 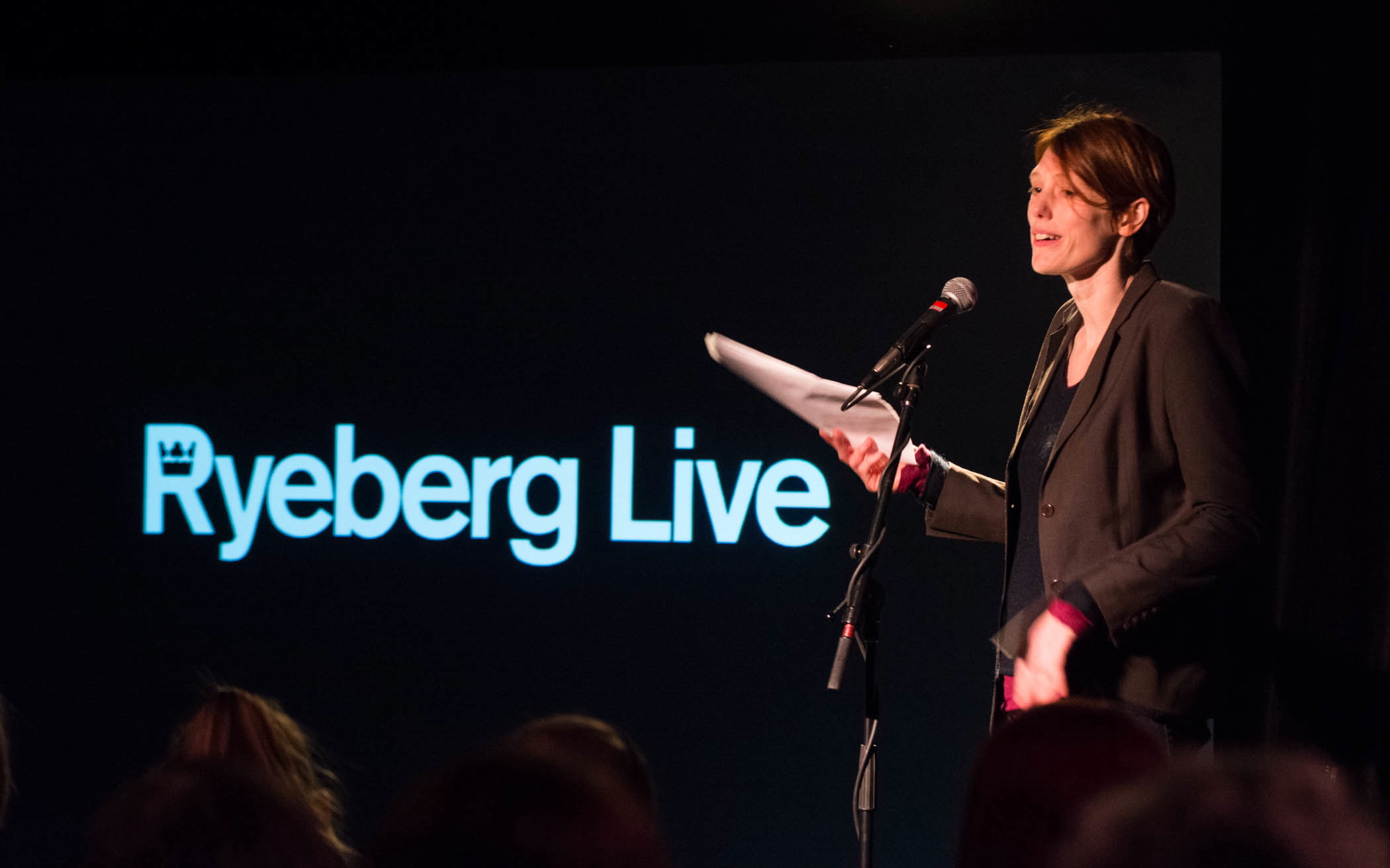 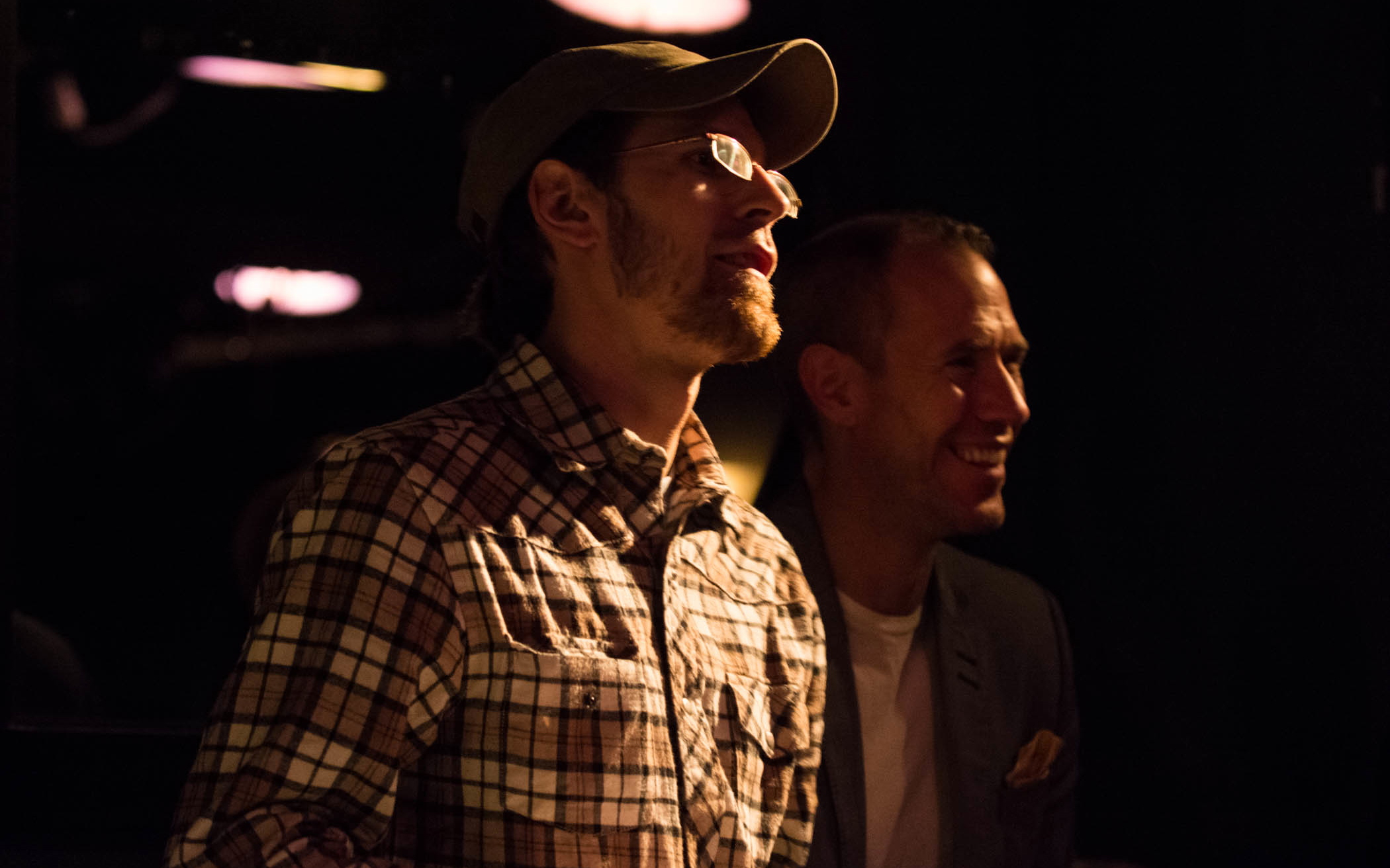 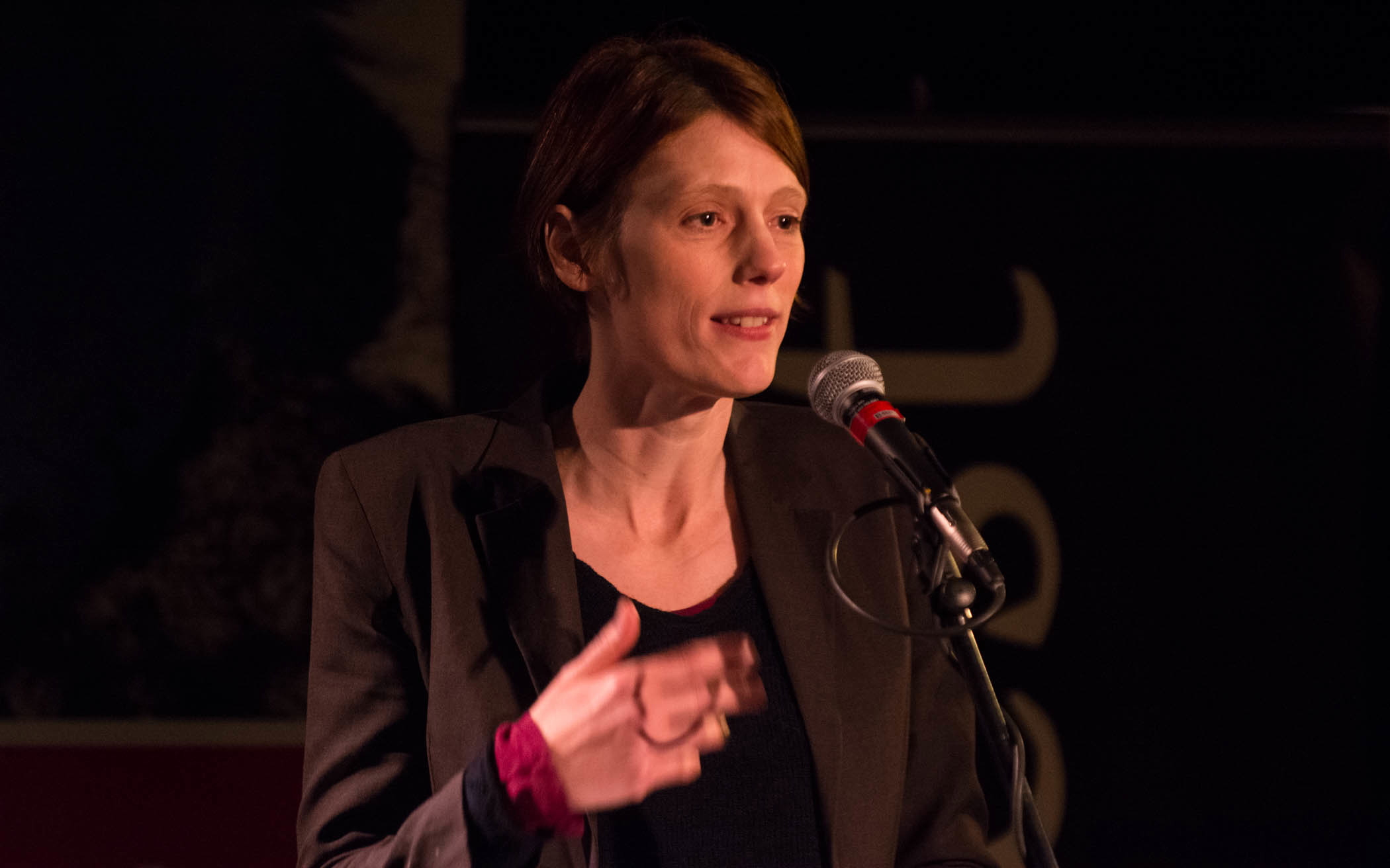 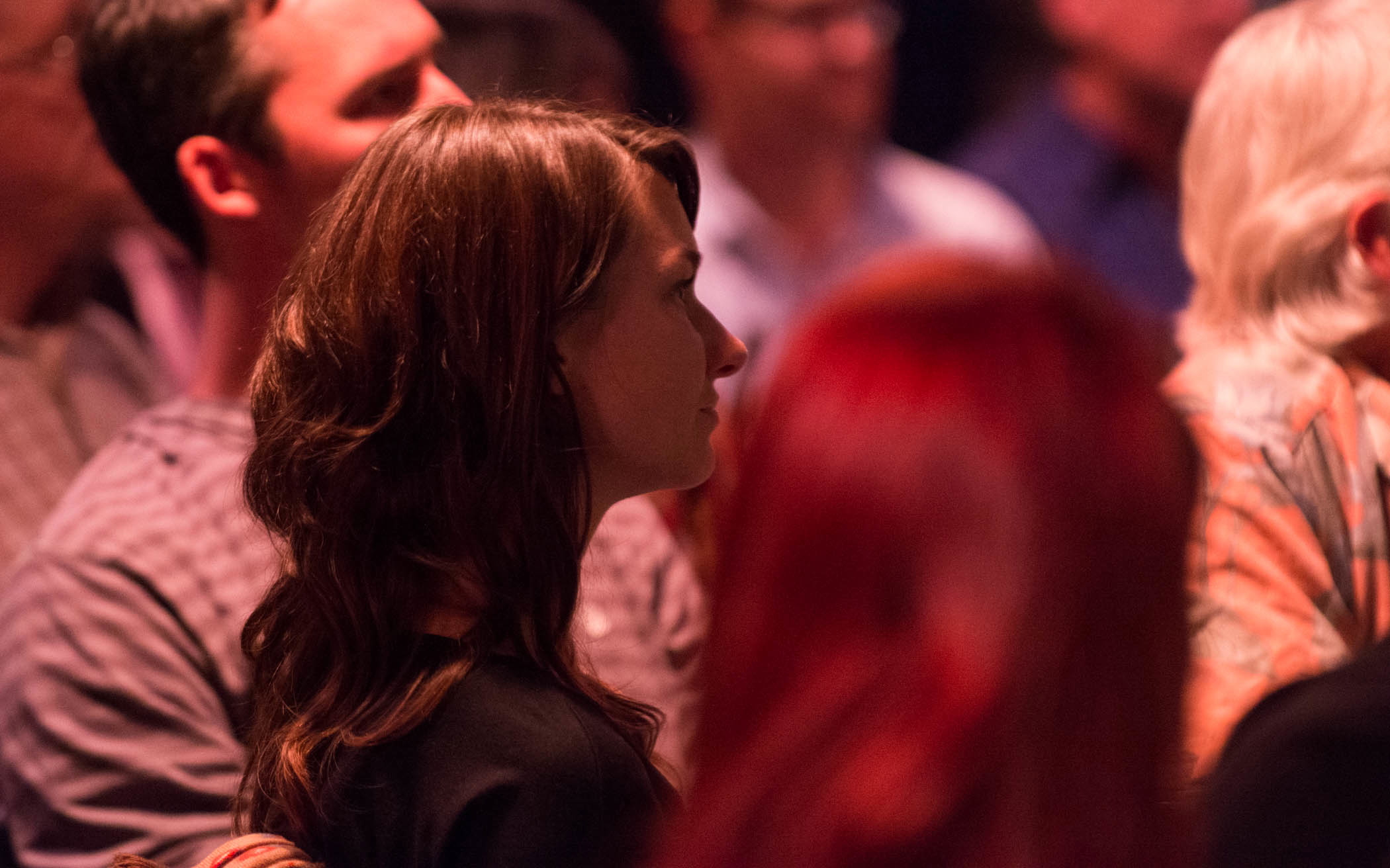 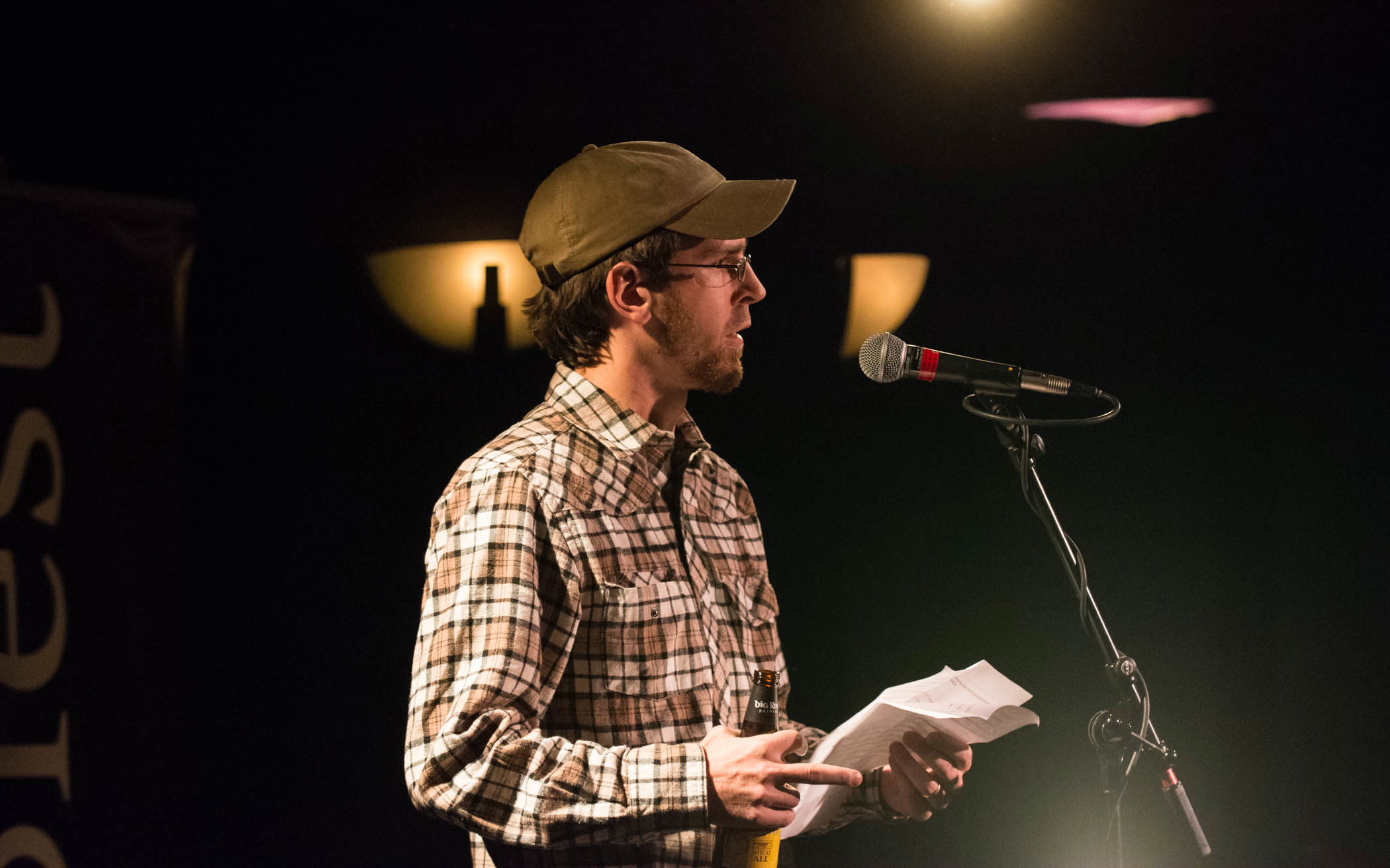 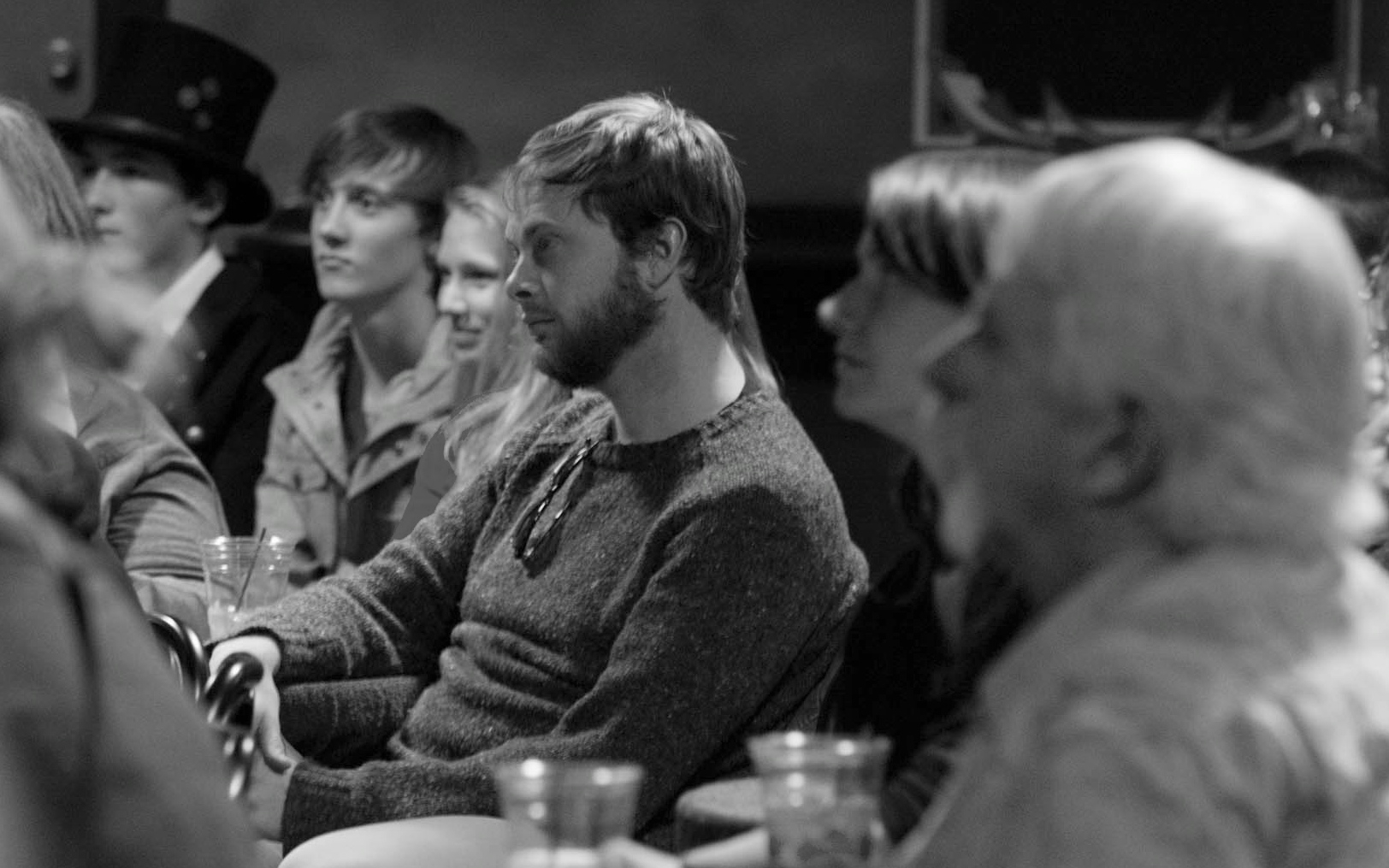 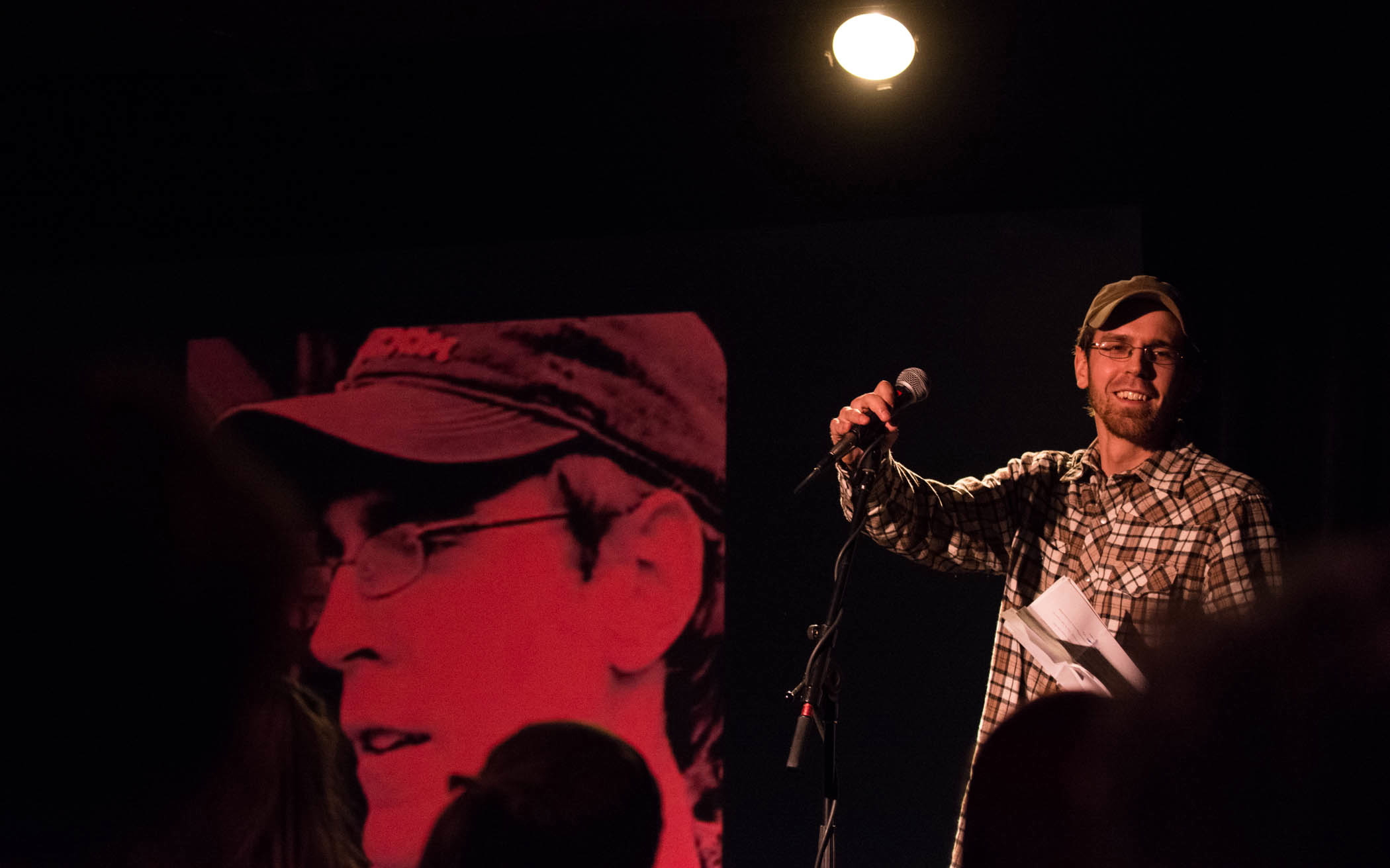 Many thanks to Carolyn Warren and Jeff Melanson, Banff Centre President. Thanks also to Naomi Johnston, Steve Smith, Clare Prosser, Jeffrey Millar, Zach, Ben, and all the pros down in The Club: Lyle, Scott, Holly, and Sylvie (more Ryeberg Live photos, courtesy of Banff Centre, here). A whole lot of gratitude to everyone at WordFest — Anne Logan, Kajsa Erickson, and especially Jo Steffens, WordFest Director, whose idea it was to invite Ryeberg to Alberta. Keep in mind WordFest hosts literary happenings in Calgary and Banff year round. Check it out! Monique, thanks for taking pretty pictures. Finally, thanks to the four writers who prepared Ryebergs for this particular Ryeberg Live: Andrew, Craig, Joanna, and Dave.