This is one of the strangest and most uncomfortably funny videos I’ve ever seen.

It fills me with awe and brings many questions to mind:

1) Who’s the network television genius who thought of marrying frightening, drug-induced performance art with an audience of rapt tots (and isn’t it sad that it could never happen today)?

2) When did Tiny Tim, the ukulele-strumming, falsetto-squealing tiptoer through tulips, become a global warming environmental prophet?

3) Is there a documentary filmmaker out there who could please track down those children and find out how this experience changed them (I would expect at least some kind of life-long broadening of perspective if not a quantity of emotional scars)?

4) Is this the creepiest performance for kids ever filmed/taped?

The answer to number four can be found in the following clip, featuring a sweaty cherub of a host who licks, bites, kisses and repeatedly dry-humps a tyke on national TV. I know the Dutch are renowned for their tolerance and laissez-faire attitudes, but this is going too far.* 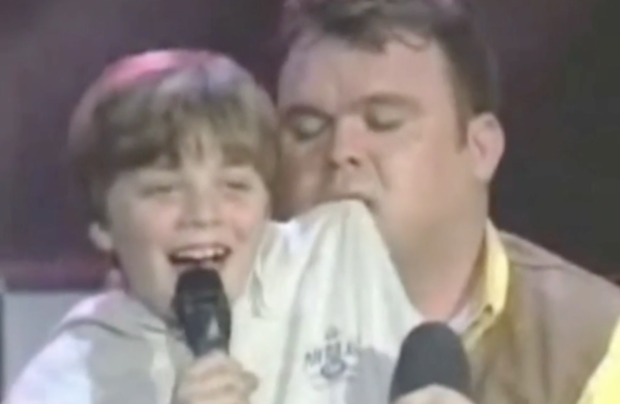 *The clip Elyse placed here has since been mostly scrubbed from the web. Dutch comedian, Paul de Leeuw, plays a creepy TV host who uses his show as an opportunity to indulge his penchant for little children. It seems it was supposed to be funny. Perhaps tolerance for this kind of humor has waned since this early 90s?

A Lesson In Handling Despair

The Video Cure For Day-To-Day Disgust

Is Chance The Real Mother Of Invention?

RSS Feed
Elyse Friedman is the author of “Long Story Short, a Novella & Stories," and three novels, “Then Again," “Waking Beauty,” and “The Answer to Everything.” She's also written a poetry collection, “Know Your Monkey." More Elyse Friedman here.